The Author and
Medical Director 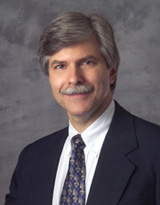 A Primer On Cardiac Arrhythmias

Atrial Premature Beats, or APBs (some doctors call them APCs or PACs for premature atrial contractions) are premature or early beats that result from abnormal electrical signals arising from somewhere in the atrium. An APB disturbs the rhythm of the heart, and it is often perceived as a "flutter" in the chest. The sinus node usually gets "reset" after an APB, so the heart has to wait a second or so until the sinus node fires again. This often results in a pause in the heart rhythm. Since the heart is filling in between beats, a pause results in an increase in filling of the ventricles, and that extra blood that enters the heart is generally ejected with the next beat, so the heart beat following a pause is generally stronger than normal. This often causes symptoms of a "heavy beat" (like the heart is going to jump out of the chest) following the pause. Interestingly, there is a broad variation in people's perception in irregularities of the heart rhythm. Some people can have thousands of premature beats all day long and never feel a thing, while other people are exquisitely sensitive to the inner workings of their body and feel every single premature beat. The people who do not notice arrhythmias may in fact be blessed, since otherwise benign arrhythmias like APBs can be a tremendous source of anxiety to those who feel every one. Everyone normally has a few APBs, but APBs usually occur more frequently in older people. As mentioned above, APBs are benign by their very nature. They can occur in the setting of heart disease (like coronary blockages, valvular heart disease) but they are not necessarily a sign of bad problems. Most often they are normal. Usually, no treatment is necessary. Caffeine, cigarettes, alcohol, and stress may increase APBs, so people who are plagued by symptoms of APBs should avoid these. If the palpitations are severe, medications can be used to decrease the frequency of the APBs. However, since ABPs are totally benign, most electrophysiologists prefer not to prescribe medications to treat this condition.